CTA Foundation Empowers Companies Like Xander To Make an Impact

CES is the largest and most influential tech event in the world. Every year, the world's biggest tech brands and ...

CES is the largest and most influential tech event in the world. Every year, the world's biggest tech brands and industry giants gather in Las Vegas during the first week of January to unveil cool new products. But CES isn't just for established tech companies. The show's Eureka Park, a space of about 2.75 million square feet, gives startups a platform to share their products, get publicity, and forge partnerships that could propel them to the next level. Xander was one of over 1000 startups from around the world that exhibited in Eureka Park at CES 2023.

For an early-stage startup, exhibiting at CES can be cost-prohibitive. For a pre-seed company like Xander, it seemed like an unattainable dream this year. We won the chance to attend and exhibit thanks to the CTA Foundation, a national public foundation whose mission is to bring technology to those most in need — seniors and people with disabilities. 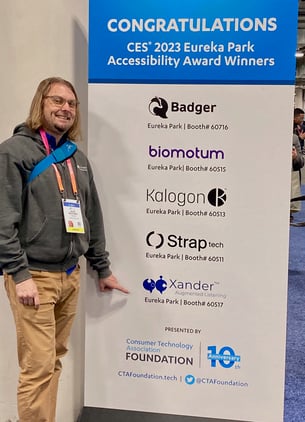 Each year, the CTA Foundation sponsors the CES Eureka Park Accessibility Contest, which is open to startups using tech to build products that enhance the lives of people with disabilities or older adults.  Contest winners receive a complimentary booth to exhibit in Eureka Park, a cash prize to offset expenses, and the opportunity to make connections and be interviewed during the show. 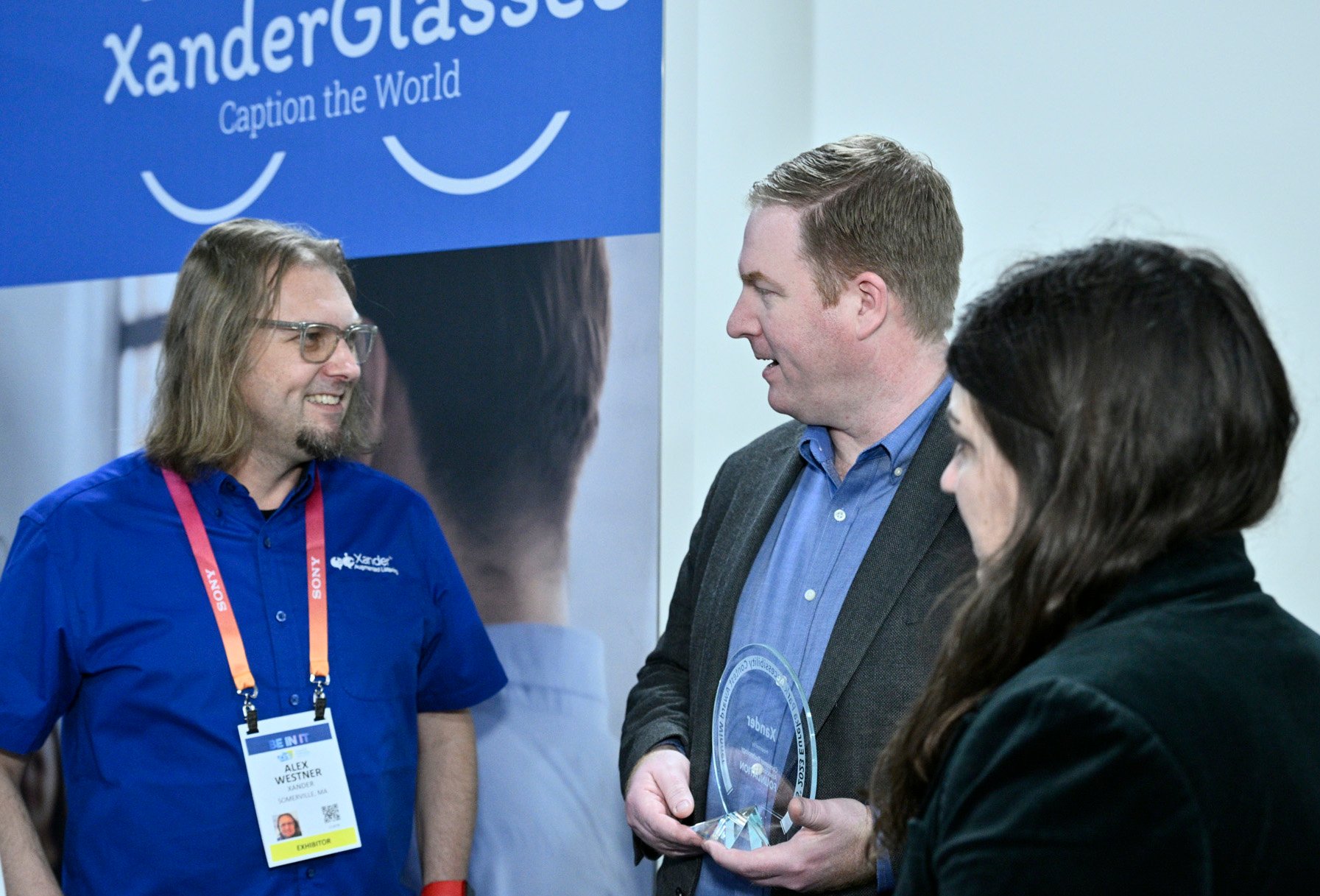 Without the support of the CTA Foundation, we could not have attended CES 2023 and the experience was transformative and invaluable on multiple levels.

Reporters roam CES looking for their next story, but the volume of compelling products means that not every company can draw attention. Being a winner of the Eureka Park Accessibility Contest fueled interest in our XanderGlasses. We were fortunate to be one of the startups interviewed by Dalvin Brown and featured in the WSJ video, “CES 2023’s most innovative assistive tech” and profiled by the Wall Street Journal in “Stair-Climbing Wheelchairs, Closed-Caption Glasses: Assistive Tech Gains at CES in Las Vegas.”

We had great conversations and identified potential partnerships. We were impressed by the four other contest winners: Biomotum which is transforming mobility rehabilitation, Kalogon which makes smart wheelchair cushions designed to relieve pain and help people live their best active, seated lives. Satellite Displays Inc. whose closed-captioning smart badge Badger can convert speech to text in real-time, and Strap Technologies which makes a smart device developed for the blind and visually impaired to move faster and safer.

Most importantly, at CES 2023 we made meaningful connections with the people who want and can benefit from our product. We were inspired by the reactions of the thousands of people who visited our booth, tried XanderGlasses, and shared why they need our glasses. We’ll share some video footage of people trying our glasses in Eureka Park soon. Thank you, CTA Foundation! 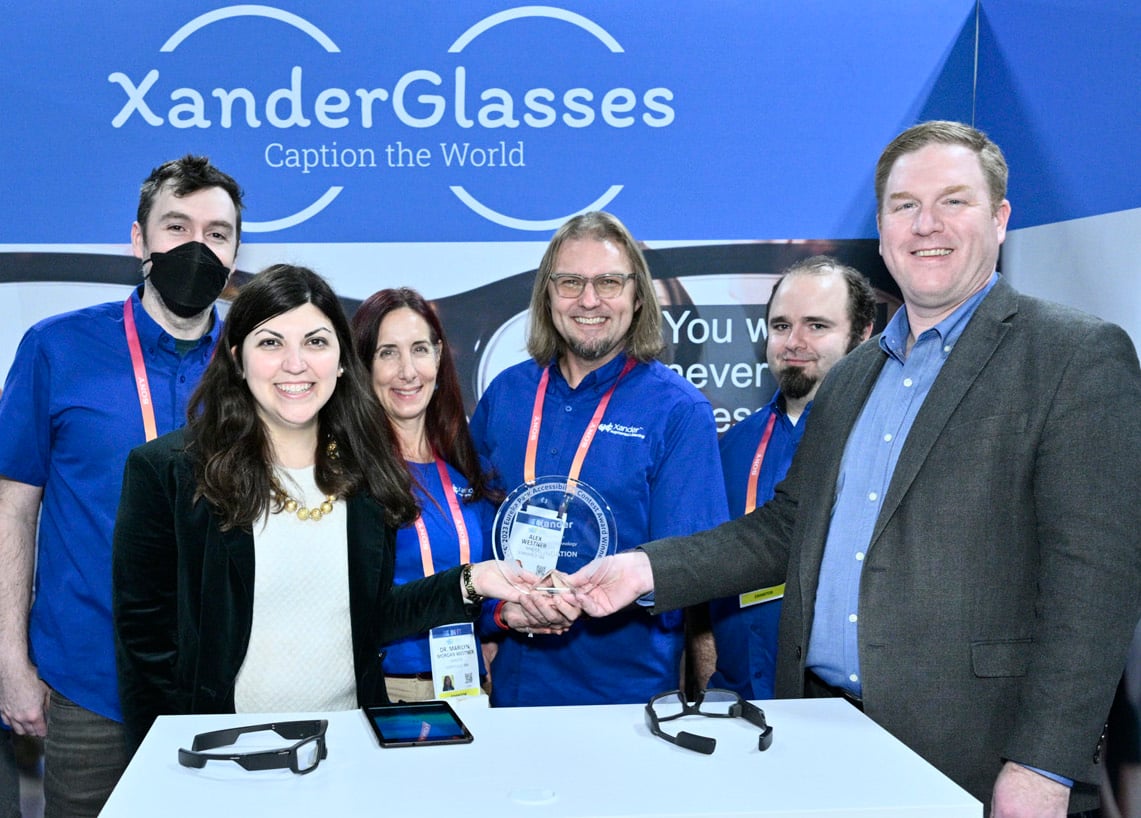 We got enough information from our last round of customer interviews that we could put together financial models of the business. We modeled unit...

To help keep me inspired and motivated, I made a PowerPoint deck with customer notes like these—each slide has the person’s name, what they said, and...

Collaboration with the VA

Xander has signed an agreement with the U.S. Department of Veterans Affairs (the VA) to collaborate on Xander discovery work. Through the Veterans...